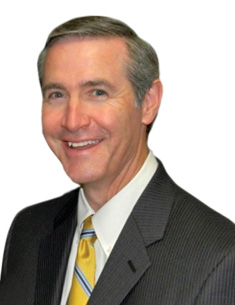 Bob became a licensed Florida Realtor April 2012 with The Naumann Real Estate Group after relocating to Tallahassee in January 2010 from Thousand Oaks California. Originally from Bainbridge, GA, Bob always considered Tallahassee home and fulfilled a lifelong dream to return here after living in a number of different places.
In the U.S. Air Force, Bob served as an enlisted member in Supply Management and as an officer in Contracts Management and Procurement. The Air Force allowed him to make places such as New Mexico, Okinawa, Germany, Montana, Myrtle Beach South Carolina, Birmingham and Montgomery Alabama home. Bob completed his MBA with Webster University while stationed at Myrtle Beach and his master’s thesis was in real estate. Serving in his final military job, Bob managed 21 people and had $4.3 billion in contracts under his purview to support hardware, software and technical support services for various Department of Defense locations.
After retiring from the Air Force January 1996, Bob worked for 2 years in Montgomery as a commodity manager for Rheem Manufacturing Water Heater division. After leaving Rheem, Bob started working for ITT Industries in Chicago as a commodity manager, supervising several people and purchasing commodities for various HVAC applications to include booster pumps, circulators, impellers, etc.
After 2 years with ITT in Chicago, Bob transferred to ITT in Palm Coast, Florida where here served as a corporate contracts manager for 1 year. At the company’s request, he transferred again to southern California where he served as the Supply Chain Manager in Van Nuys, Ca. Bob managed the 35 people to include functions such as Subcontracts, Procurement, Material Planning, Warehouse, Transportation & Packing operations. After 5 1/2 years, Bob transferred to ITT Force Protection Services where he served as Director, Supply Chain to manage all material purchases and subcontracts. During Bob’s last job with ITT, the company built 20,000 jammers used to jam Improvised Explosive Devices (IEDs) in Iraq and Afghanistan. The testimonials from those in the field proved that many of our military members returned home safely to their friends and family because of these products. “I think my past experiences, long time interest in real estate and the desire to help others is a great combination to provide superb customer service”.