Take a look inside Camellia Oaks, Tallahassee’s first age 55 and up subdivision 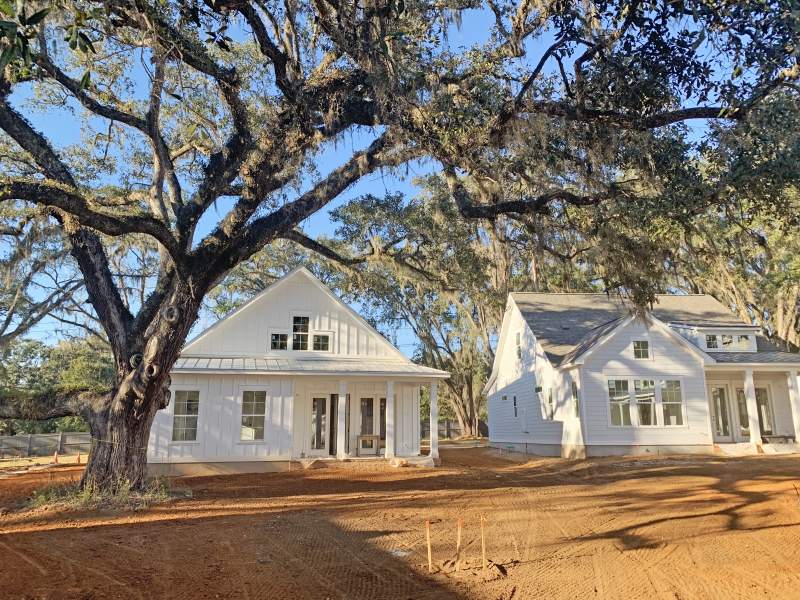 The first wave of homes for Tallahassee’s first deed-restricted subdivision for residents ages 55 and up should be move-in ready within two to three months. Camellia Oaks is the first of its kind in the capital city. Yet, age-restricted communities such as The Villages in Central Florida and dozens of others, are attractive alternatives for retirees, baby boomers and those looking for amenities, a prime location and low maintenance.

It’s another community option for Tallahassee residents and those who want to move to Tallahassee,” said Steven Loucheim, CEO of the Tallahassee Board of REALTORS.

Even though such communities are prevalent in other parts of Florida, Loucheim said he isn’t aware of any other development like Camellia Oaks in the local pipeline for the near future. Located off of Mahan Drive less than a mile from the Fallschase Shopping Center, Camellia Oaks is all new construction for single-family homes starting at $328,000 that are being built by the Naumann Group Real Estate. Developer and Realtor Jason Naumann, who owns the company backing the project, said there’s never been a subdivision like Camellia Oaks in Tallahassee, adding “no one was willing to step out and do it.” “Being a developer in real estate, people were hesitant to say, ‘I’m going to limit my market to such a niche,'” he said recently while at the property. He may be on to something. As of last week, 572 people are on the reservation list — three times the number of homes planned for Phase I (67 homes) and Phase II (82 homes). More than half on the list live outside of Tallahassee. The average age of potential buyers showing interest is mid-60s. The first opportunity to purchase will be Feb. 29 when those on the list will be contacted to determine if they’re ready to proceed with a contract.

The demand is overwhelming,” Naumann said. “They are looking for this type of product … To not have advertised anything and have more than 570 that have gone to a website because of word of mouth and said I’m going to give you my contact information because I’m interested in that type of project either now or in the future … that’s not normal.”

Camellia Oaks is a marriage of old and new. New homes will be tucked under scores of timeless live oaks draped in Spanish moss. Despite the new construction, Naumann said 140 live oak trees were saved. Once inside the subdivision, a short drive on an interior road leads to the clubhouse the original home on the 100-acre estate. The 6,000 square-foot clubhouse will be the heartbeat of Camellia Oaks. It will be where residents gather for card games like bridge and poker, swim in a three-lane lap pool, work up a sweat in fitness rooms for men and women or stretch and relax in the yoga room. A full caterer’s kitchen, accented by glossy subway tiles and high-end appliances, is ideal for cooking meals and prepping food for socials.  Outside the clubhouse, the original brick is whitewashed to freshen the look. A cozy fire pit and pickleball and bocce courts add more to the leisure living. 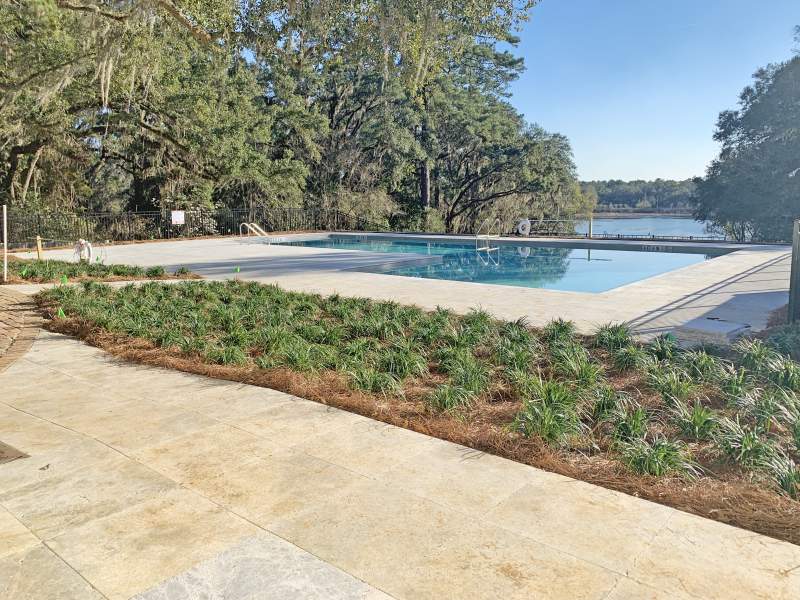 It was critical for me to build all of the amenities upfront, so people could see them,” said Naumann, adding the clubhouse should be complete in about a week. The subdivision broke ground in March 2019 and represents the largest development for the Naumman Group, the same company that built Braemore Park off Thomasville Road and The Bluffs at SouthWood. At Camellia Oaks, the homes will range from roughly 1,400 to 2,000 square feet with 2.5 homes per acre, although zoning density would have allowed for up to six homes per acre. Clusters of homes share mini park amenities and miles of sidewalks and trails meander throughout the property. 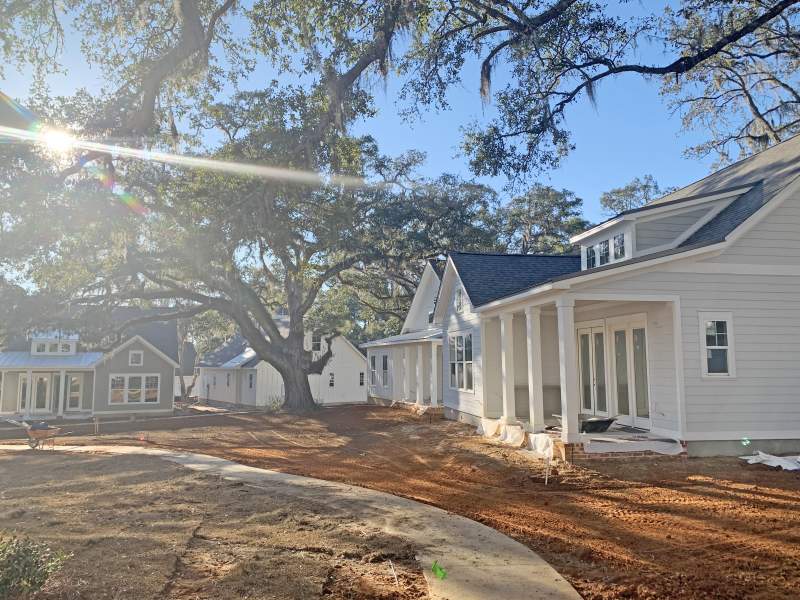 Most of the homes fall under the Cottage Collection and include single- and double-story floor plans that range from roughly $328,000 to $370,000. Another popular model is the Paired Home Collection, an upscale duplex with three bedroom, two bathrooms and garage within each home for $300,000. The key of the project is really comfortable, upscale, well-done smaller homes,” Naumann said.

What to know about age-restricted communities

Several states around the country have age-restricted communities, such as California and Arizona. Also known as active adult communities, they fall under the federal Housing for Older Persons Act of 1995 (HOPA) and are regulated under U.S. Department of Housing and Urban Development. A 55+ community must have at least 80% of the units occupied by a resident who is 55 years old or older and adhere to policies and procedures for this designated housing, according to the Florida Commission on Human Relations. “The remaining 20 percent of the units may be occupied by persons under 55, and the community/facility may still qualify for the exemption,” according to the commission’s website, adding the law also allows for stricter age requirements if desired.  At Camellia Oaks, on any given day, tours of the property and the model homes take place around the clock every day. The subdivision will be made up of land condos, meaning residents own the dirt the house sits on and structure in and outside of the home. Once off the porch, the condo association owns the rest. The reason we did the land condo is so everything can be maintained from the association,” Naumann said.

Move-in is fast approaching. Here’s what some hopefuls are saying: 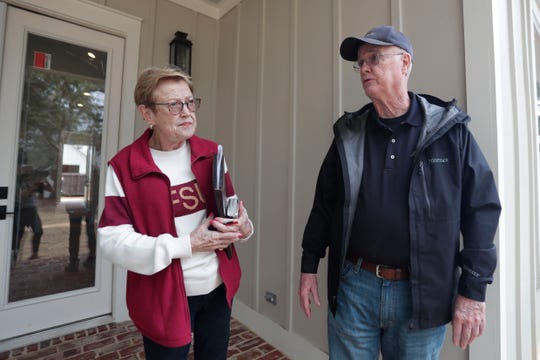 This week, Mike and Marianne Ryan inspected a nearly finished model home. They’re house hunting and looking to downsize from their home sitting on 2.5 acres in Havana near Lake Yvette. With measuring tape in hand, Marianne took a closer look at closet sizes and shelving as several Realtors stood ready to answer questions. From the home’s layout and high-end trim and touches, access to a clubhouse and views of a rose bushed pocket park, they were impressed.

What we really like is that they have worked around the trees and not clear cut like they do in so many places,” said Mike, a retired state employee who managed a computer system for the state and university system. “We also like that they have clustered the homes to overlook a common area like this.”

In addition, he said he’s been around construction for most of his life and was impressed with the quality and custom wood work within the Camellia Oaks homes. His wife raved about the fitness center and outdoor activities. “The amenities are the kinds that we are at an age that we will actually use. With so many of the other subdivisions, they have clubhouses and things like that, but I don’t think we would use those amenities like we would here,” Mike said. A retired library director, Marianne popped in and out of the rooms within the model home as plumbers and workers continued to work on the punch list of remaining work. It didn’t matter that she wasn’t seeing the finished polished prototype. “We’re ready to buy when they put the contract in front of us,” she said.

For more details or to request a tour, go to https://www.naumanngroup.com/neighborhoods/camellia-oaks/